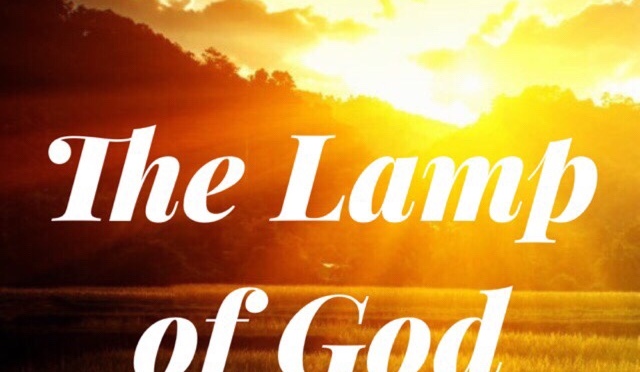 “Now no one after lighting a lamp covers it over with a container, or puts it under a bed; but he puts it on a lampstand, so that those who come in may see the light.” (Luke 8:16 NASB)

Jesus came as Light to a very dark world. While He was here in flesh, He was the Light of God, revealing through word, deed, and action the truth of the way of Life in God. (John 8:12 NASB; John 9:5 NASB)

Those following Him walked in His Light. But Jesus did not come just to shine God’s Light. He came to make Light on the earth, a Light that would remain.

Jesus proclaimed His true followers, those who truly received His Light in ways that dispelled their darkness, sparking a flame of growing light within, to be Light as He is Light. They entered in partnership with Him to BE LIGHT in the world, thus carrying on His work of dispelling darkness and leading others to enter that Light. We are the product of those early beginnings. Thus, Beloved, as a true worshipper of God through Christ…

“You are the light of the world. A city set on a hill cannot be hidden; nor does anyone light a lamp and put it under a basket, but on the lampstand, and it gives light to all who are in the house” (14-15).

God intends for us to stand out and be on display as Light, set in strategic places where darkness dwells. We are not intended to be like everyone in this world. We are different, called to be like Jesus, a true Light that dispels darkness.

I had an experience once that causes me to hang my head in shame’s embarrassment, but leads to rejoicing in the lesson learned and in a testimony that came out of it to help others avoid the same error.

When I was in nursing school, God had hold on me in a mighty way that stood out to others. Talking with a friend and another classmate during a break, the classmate used some foul language. Blushing, she nodded her head toward me and apologized. My friend said, “Sorry to her! What about me?” The classmate replied “Well, yeah. But SHE’S DIFFERENT!”

The thought that hit my head in that instant was, “Oh, Lord! I don’t want others to be uncomfortable and afraid to be themselves around me.” That enemy assault started me on a downward spiral that dulled the Light in me and did harm to my witness.

Love, the devil doesn’t want us shining brightly into the night, because he knows that the Light in us will destroy his kingdom on earth. He will use whatever trickery he can that will cause us to fall to the flesh, because he knows that as long as we remain as Light, he will lose those trapped in his darkness. If he can trick us into dulling our light so we fit into this world, his dark trap remains strong.

Beloved, God intends us to be DIFFERENT. He does not want our Light dulled by fear of standing in stark contrast to the world and it’s ways. He does not want us to let sorrow for those that are made uncomfortable with there dark ways to cause us to find ourselves spiraling into the pit they are trapped by. Satan sees our weaknesses, mine being fear of rejection, and he plays on those areas to cause us to stumble and fall. God wants us to realize this fact and draw closer to Him for protection.

Wherever the Lord has you, Beloved, you are His lamp for His glory. We are intended to shine bright with His attributes until the world becomes uncomfortable in its own worldliness and turns to enter the Light. We’re not to fear the dark places, for the Light in us dispels darkness: killing it and moving it out of the way so that blinded eyes can see the Light. We are to SHINE where we are without fear of being different.

“Let your light shine before men in such a way that they may see your good works, and glorify your Father who is in heaven.” (Matthew 5:14-16 NASB)