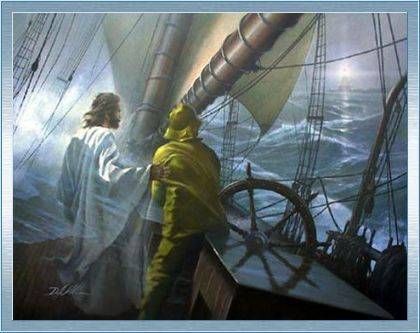 We looked these past several days at consequences wrought out of our choices. Consequence is the fruit born from choice, whether good or bad, bringing to us the blessing, or the curse. Do searches through this blog sight alone and you will find many devotionals and articles on the subjects of “choice” or “choose.” Right practice of our God-given right to choose is vitally important, and God’s people write about it often.

In my understanding and belief, our ability to choose was important to Father so that we could know our need of Him in life, and so that we have the option to love Him by choice, just as He chooses us. Love without choice is no love at all. From the first tree of the knowledge of good and evil in the Garden, to the last tree of Calvary’s Christ Cross, God allows us to choose to align ourselves with His prodigy or not to.

“Consequence” stems out of natural law set up by God for all, so our choice will reap a just reward or punishment. Once we choose Father through the Savior, Jesus Christ, we become the children of God and heirs with Christ, having a responsibility to represent His interests in the earth. As the children, God often uses consequences to discipline and train us in righteousness vs. unrighteousness. This understanding of God’s discipline / training that stems out of love for all and desire for us to know Him and live with Kingdom purpose is vital for us in comprehending His allowing such difficulty to come.

How many of us are happy with the outcome of allowing our children to run amuck without any instruction on our part that will help them to become people of worth who do good in the earth? God desires our good, so He trains us up to choose good and blessing by all the means available for His use, and sometimes that puts us in very uncomfortable position in life (Hebrews 12).

It is sometimes difficult for people to believe God is with them and for them when they read the Holy Writ and see His wrath displayed. Add to that the storms of life and the difficulties mankind faces, and faith becomes a dried up mustard seed in a hurry if we fail to understand that His wrath is never out of His control and that it is always coupled with eternal purpose.

Understanding God with knowledge of Who He is and the ability to see things from His perspective with His purposes in mind is vital to our ability to weather the storms and nurture faith in Him. That understanding stems from relationship with Holy Spirit, who is sent to every child of God in Christ as the Teacher and Instructor. Learning to seek the Spirit and trust His voice is vital for us who seek to weather the storms of this life, accomplishing His purposes, with hope of reaping the reward found in this life and the next.

God – Holy, Righteous, and True – at this point in history was raising up for Himself a holy people out of which He would birth the Christ. That Christ would pay the price of sin for the whole world, saving those who believe from the sin and death that was birthed into the world through the fall in the garden. It was vital for the gods of Egypt and their reliance upon that place to be worked out of their system so they would be able to connect with God as their God and so they would trust His provision for them. God’s presence and protection was visible to the people as a cloud by day and a fire at night.

The cloud by day provided visible proof of God’s presence with them and His leading them on their journey to the Promised Land. It also provided shade to protect from the heat of the desert place in which they found themselves as they followed God.

An enemy entered into the camp of God’s people, presenting itself and its destructive force through grumbling, complaining, discontent, and a sundry of emotional upheavals that hindered their faith to trust in God. That was leading the people to look back to Egypt, denying faith and God’s trustworthy ability to lead them and care for them. That enemy flowing from their fleshly desire, worldly understanding, and demonic influence, was leading the people to greed and covetousness, looking with wanton pleasure to things of their heart’s desire, refusing gratitude for what they had and hope for the greater things to come. So God sent a firestorm against the enemy of God.

We are told that this particular firestorm lapped around and consumed the outskirts of the camp. There may have been destruction of people, but we are not given clear indication of that in this version of scripture. But the fact that the camp was surrounded by God’s fire, I am sure, got the attention of the people.

God’s firestorms are against His enemies: fleshly indulgence, worldly wisdom, and demonic prodding: those given over to these enemies put themselves in danger of facing the wrath of God as allies with them. Even in the deliverance from Egypt, the plagues God sent was not just against those people who were abusing and using God’s people, but it was against the false, demonic gods behind those people. Each plague was directed against one of Egypt’s many gods, and, God, knowing the heart of every man, seeing those who would refuse to turn in repentance, consumed many of them as part of the enemy camp. The same is true in the camp of God’s people, when those allied with the false god of this world infiltrate it and refuse to turn to God and His way.

So, what do I see that we can learn in the firestorm that hit the camp of God’s people that day? Fire has purpose in God’s hand that is for our good and His glory. What is that purpose? Tomorrow we will finish our series.

One thought on “In the Hearing of the Lord: Firestorm! ~ Part 1”