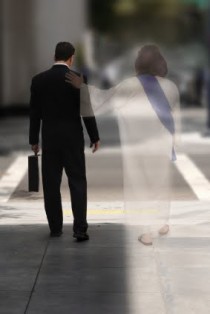 “BY THIS WE KNOW THAT WE HAVE COME TO KNOW HIM, if we keep His commandments. The one who says, ‘I have come to know Him,’ and does not keep His commandments, is a liar, and the truth is not in him; but whoever keeps His word, in him the love of God has truly been perfected. BY THIS WE KNOW THAT WE ARE IN HIM: the one who says he abides in Him ought himself to walk in the same manner as He walked” ~ 1 John 2:3-6.

My life goal is that I may know Him, by the power of His resurrection, in the fellowship of His sufferings, being conformed to His likeness (Philippians 3:10-11, especially in the Amplified version of Scripture). My mission statement for life, that God led me to realize years ago and continues to call me to fulfill today is THAT I MAY KNOW HIM AND MAKE HIM KNOWN. So this passage grabs my attention today and brings me to consider anew whether I am attaining to my goal and fulfilling my purpose in life as God has led me to see it. This passage states that we may know that we know Him:

One ~ If we keep His commandments.

God gives us instruction for life more abundant and full. It is not just a suggestion. It is a requirement, and Jesus did not come to remove or destroy the Law, but to fulfill it.

His sacrificial blood covers our sin and in Him, we are made into the righteousness of God, being seen as righteous because of His covering. But we are still called and required to change from the inside – out, being transformed into His likeness, and to be perfect in all our ways as He is perfect. We are still called to be keepers of His Laws. His Laws are more than just those we know as the Ten Commandments. They are explained and added to throughout His word.

We are called to love, but we cannot fully understand what that love looks like without studying it throughout His word to see its fullness and its selflessness.

We are called to fidelity in marriage, but we cannot understand the level that takes, being everything from purity of thought to purity in our relationships, without seeing all that His word tells us on the subject. And we cannot understand the depth of the importance in this area until we realize the correlation God makes between this earthly relationship called “marriage” and its picture of our relationship with Him, how the practice of fidelity in marriage gives practice for our fidelity to Him as the one true God, King of kings and Lord of lords. We are one in Him, called to unity of thought, purpose, and action, requiring that we are loyal to Him above all.

God’s laws are an expression of who He is and what He does. He does not call us to do anything He, Himself does not exhibit for us. Thus we have:

Two ~ “the one who says he abides in Him ought himself to walk in the same manner as He walked.”

God is as He calls us to be, and Jesus came to model for us what a life fully surrendered and sanctified to the Father

There is a quote by Robert E. Lee that I read today that speaks to me on the vital importance this practice of walking as He walked has in life. He is quoted as saying, “You must be careful how you walk and where you go, for there are those following you who will set their feet where yours are set.”

Those we have influence with will follow our example before they do our words. If our words and our actions do not line up together in agreement, they will see that. “Do what I say and not what I do” is an unrealistic, double minded, two-faced, ideology: and God hates duplicity.

A dad cannot expect children to speak to him without yelling while he, himself, is yelling. They may use a quiet voice out of fear of reprisal in his anger, but inside they will be seething, and their attitude will show it, going where his attitude led them. A mom cannot expect respect and a good attitude when children are required to fulfill their duties, when she is constantly grumbling and complaining, and is not acting as one worthy of respect.

“The one who says, ‘I have come to know Him,’ and does not keep His commandments, is a liar, and the truth is not in him; but whoever keeps His word, in him the love of God has truly been perfected.”

Knowing God means knowing His ways; being in Him means walking in His footsteps. Love, truth, righteousness, and faithfulness go hand in hand. If we love God, we will respect Him and His truth, living out the righteousness He expresses to us, being faithful in all our ways. In loving others we will imitate our God and His ways that they, too, may follow, reflecting Him in this life and leading others to follow.