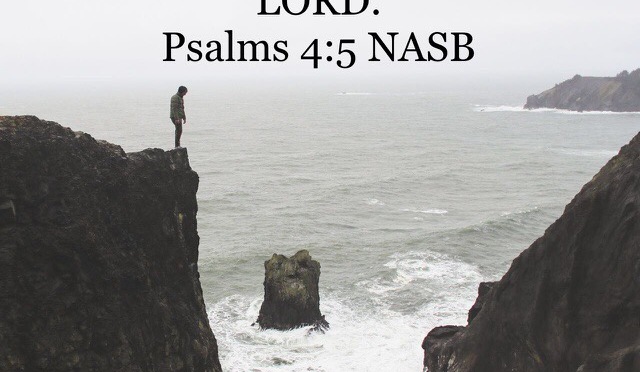 “Offer the sacrifices of righteousness, And trust in the Lord.” Psalm 4:5

Trust obeys God. When we fail to trust God, that is when we choose to take things in to our own hands and do things our own way. True trust knows that doing things God’s way is best, even when it may bring us to a difficult time.

Joseph of old is a perfect example. Serving in top position over Potiphar’s household, he knew it was God’s blessing that put him there. Trust in God gave him courage to stand firm in obedience to God when Potiphar’s wife tempted him to sin. Thus he was able to respond with “How then could I do this great evil and sin against God?” (Genesis 39:9).

Fleeing her presence, he chose righteousness as sacrifice to God, rather than the fleeting pleasures of sin. Though he wound up in prison anyway, God’s blessing continued because Joseph trusted God enough to do things His way, even when it hurt. God used the attack by false accusations to put him in a position to be discovered by Pharaoh.

The sacrifice of righteousness honors God as God, trusting the outcome of obedience to Him, knowing that God is working a plan we may not yet fathom.