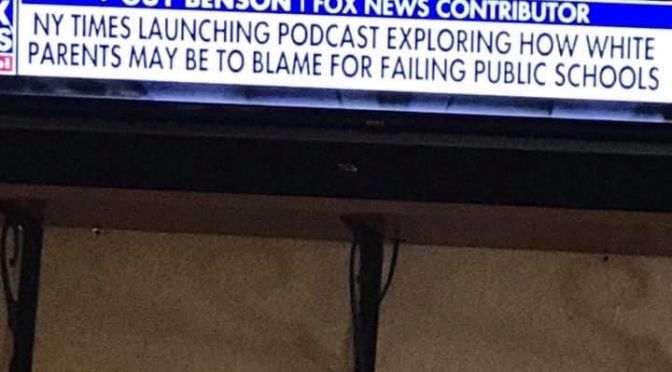 All the racist reports of late truly rial me. Stuff like the subject matter of this report causes me to ask who the true racist is? The one pointed at as being racist? Or the one pointing the finger? Top that with raising the blame card at any one race while ignoring each person’s responsibility, no matter the color is socially irresponsible, adding fuel to a fire that’s already out of control.

You know, I believe all any of us want is to be treated fairly, righteously, with respect, and equitably, as people of worth and value. Two examples from my younger years come to mind.

One involves a black man my daddy worked with. No disrespect intended in the use of the word “black”. It’s what we grew up calling one another, black and white; and I was raised to do so, not in disrespect, but as a distinguishing characteristic. We’re still called “white” today. Black, white, brown, red, etc, is fair and equitable.

Anyway, back to my dad’s friend and co-worker, Mr. Benny (given name, not sir-name) was a fellow mechanic in the same shop. He was such a nice, smart, and caring man, and daddy called him “friend”. He still gets credit today for helping my daddy quit smoking. He is a beloved man from our past.

He told daddy one day in some conversation they had, “Just call me niger. It’s what I am and have always been called. It doesn’t bother me.” Daddy balked, “I’ll call you a black man or a negro – which means black, but a niger is a worthless person; and, Benny, that’s not you.”

I am acquainted with numerous black people. Not one of those are a niger. But I know numerous white nigers that I will not run with. Worthless people can come in all colors. I was taught that being a worthless person is a choice we make in the way we live life and the person we want to be. Choose better.

The second memorable occasion happened when I was a young divorcée, working a night job at a local mini-mart. A nice looking black man came to the counter to pay out and struck up a conversation. He shortly asked me out. When I declined, he said, “What? Are you racist? Too good for me?” My facial expression was obviously shocked in a way that put a surprised expression on his face. I never thought such a thing. I replied strongly, “No. it’s just my choice to not mix. I’m simply not interested. Besides, I have a boyfriend and am not in the market.” He then looked pleasantly stunned at the straight forward honesty, and replied, “Well, ok. I can respect that.” That was that. No problem. No trouble when he came in. No trouble with others.

Today I am aunt to three, beautiful nieces, a nephew, and several great nieces and nephews that are black-white mix. They are beautiful people who add strength to our society. And they are greatly loved by my husband and me. I also have a granddaughter who is seriously dating a young black man. I haven’t met him personally yet, but I am told he is a Christian man of great worth, making a good life for himself, and for Savannah, if their relationship continues to flourish.

I am extremely upset with all the racist horror going on in our nation today. Those who are working with honest hearts of integrity to make a better world for our babies, I stand with you. But those using this situation for evil means and destruction, that is worthless behavior. And it’s not just blacks out there. I’ve seen a lot of whites in the mix as well. Racism and the rainbows of colors that could be deemed as a niger is a heart issue. Many pointing fingers reveal the truth of their own hearts. And programs that only serve to bring further separation and produce hate should be outlawed.

All on my friend lists, I know as people of worth. Knowing each makes me a better person by their influence. I am happy to work together for a stronger nation. Red and yellow, black and white, I love you!